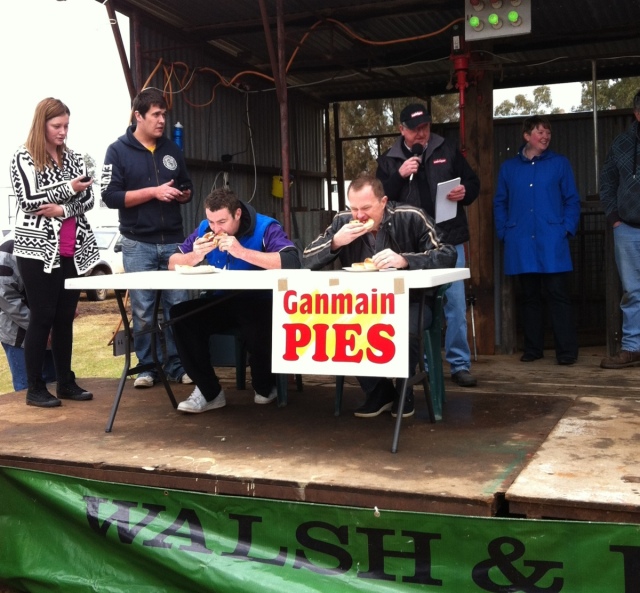 Well at least a new Ganmain record. But not set by Dan.

It is late winter here in the Riverina and that means the agricultural shows are starting again. We made our second visit to the mother of all shows, the Ganmain show. Once again, Dan competed in the pie eating contest and set a new PB – last years time was 3 min, 2 seconds and this year he hoovered down 3 pies in just 2:15.

But the dude beside him in the photo is a pie-eating freak: the former Ganmain pie eating record (set last year) was 1:30; this guy smashed it by somehow swallowing all 3 pies in 57 seconds!!!!!!!
Dan does hold a record though, as the only Canadian to have competed in this competition twice (this was the third year it has been held, do he can pretty much be sure of that). He isn’t the only Canadian to compete though…that story will come out soon.

Canadians newly relocated to Australia.
View all posts by waggadventure →
This entry was posted in pie, shows, small town culture and tagged Ganmain. Bookmark the permalink.

1 Response to A new world record